On February 22nd, 7 competing expert witness teams arrived early at the Bukit Timah Campus for the Expert Witness Competition Prelims. Due to the ongoing Covid-19 situation, teams had to be staggered in their timeslots, and contact tracing and temperature taking measures had to be implemented. Despite these additional difficulties, the team managed to pull through and the administrative aspects of the competition were able to proceed without any hiccups. With regards to the competition format, participants were given 15 minutes to examine the evidence, followed by 30 minutes to prepare for a viva. They subsequently had 15 minutes to deliver the viva, followed by 1 hour to submit the final report. The entire 2 hours was a test of the expert witness’ ability to perform under pressure, and was designed to simulate real world conditions. Advocacy teams were also present to view the evidence room to help prepare their case theory. 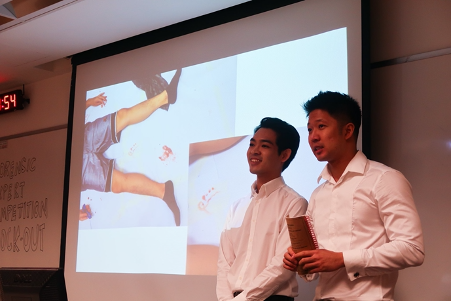 At the end of the day, all 7 teams performed extremely well, and it was hard to choose the two teams that would move on to the finals. After much deliberation by the judges, it was decided that the team of Khor Zhen Yan and Grace Cheng would move to the finals, along with the team of Vanessa Goh and Xavier Chan.


On February 28th, the 12 teams participating in the Advocacy Competition donned their court attire and prepared to deliver their cross examination of the expert witnesses. One caveat: the competition was to be held completely on Zoom! Due to the escalating Covid-19 situation, it was decided that it would be in the best interests of all participants that the competition be held online rather than in person. It was the first time we had done this, and it was challenging but exciting to try out this new format. It was a tough decision and at the end of the day it was decided that the teams of Foo Hsien Weng and James Lek as well as the team of Johanna Lim and Nichelle Chee would move on to the finals.

On March 14th, we arrived at the final stage of our CJC Forensic Science Conference & Advocacy Expert Witness Cup Competition. Due to the virus situation, we had to limit the number of physical participants to just 20, and the rest of the audience joined by Zoom.

In the morning, we had the honour of having a great panel – A/P Stella Tan, Mr Adrian Ooi, Mr Glenn Knight (all past prosecutors from AGC), as well as Dr Michael Tay and Ms Lim Chin Chin (both forensic experts who used to work with HSA).

A/P Lim Lei Theng skilfully moderated the entire session, allowing all who were present to gain insights on the forensic analysis process. The panel talked about a high profile case they worked on, and also answered some queries from our attendees. We are very thankful that they made time to come all the way down to NUS BTC to share their experiences with all of us. After the panel discussion, we had a quick lunch and also celebrated Alyssa’s birthday! Thank you very much to Alyssa for coming to help out on your birthday! Subsequently, we prepared for the next session – the Advocacy Expert Witness Cup Finals!

It was an intense competition, and all participants performed remarkably!

Our judges eventually came to a decision and our champions were: Congrats to our runners-up and honourable mentions as well: Our biggest thanks to all those who helped throughout this journey! Thank you for your support and we look forward to seeing you again next year!


Check out the CJC-F Gallery page for more photos and the exciting storyline videos!! Special feature: An interview with Mr Keith I... Fingerprints: Leaving Behind Traces of Identi...