What are in your drinks? The use of rape drugs to faciliate the commission of sexual offences has been something that is of a growing concern to countries in the Asian region lately. For one, Japan has recently experienced a surge in drug-related date rape while Hong Kong has recommended stiffer penalites for traffickers of a common date rape drug than that of traffickers of cannabis. Even locally, an Indian national had once spiked his flatmate’s drink with the plan of raping her afterwards while she was asleep. While it was fortitous that the victim had spat out the contaminated water after realising that it tasted bitter, the prevelance of the use of rape drugs is not something that should be taken lightly. Any substance given to someone with the effect of lowering sexual inhibition and enhance the possibility of unwanted sexual intercourse can be used as a date rape drug. The most common types of date rape drugs used are Gamma-hydroxybutyric acid (GHB) and Rohypnol. These drugs are commonly mixed with alcohol and given to victims. Victims often lose consciousness and/or have their awareness of the surroundings drast

How Do Rape Drugs Affect Our Bodies?

Rape drugs works because they have chemicals in them that react with specific binding sites in the central nervous system (CNS). When a molecule binds to the site, the cells are able to take in the molecule and metabolise it, producing certain effects. The chemicals in rape drugs are similarly received via receptor sites that are able to recognise the shape of the molecules, and once this happens, the drug takes effect by depressing the action of the CNS, leaving victims with the common symptoms such as unconsciousness and a significantly reduced awareness of their surroundings. Details of some of the common drugs used to spike drinks are described shown below.

Rohypnol, also known as Flunitrazepam, can take effect as soon as 30 minutes after ingestion. It is also relatively inexpensive and thus easy to obtain. Rohypnol belongs to a class called benzodiazepines, which bind to gamma-aminobutyric acid type A (GABA-A) receptors that are responsible for most of the inhibitory neurotransmission in the CNS resulting in effects such as sedation and relaxation. People who have ingested Rohypnol become heavily sedated and can fall unconscious, thus allowing them to become easy pickings for predators. The effects of the drug can last up to 8 hours, and victims often are unable to recall their experiences while the drug is in effect. 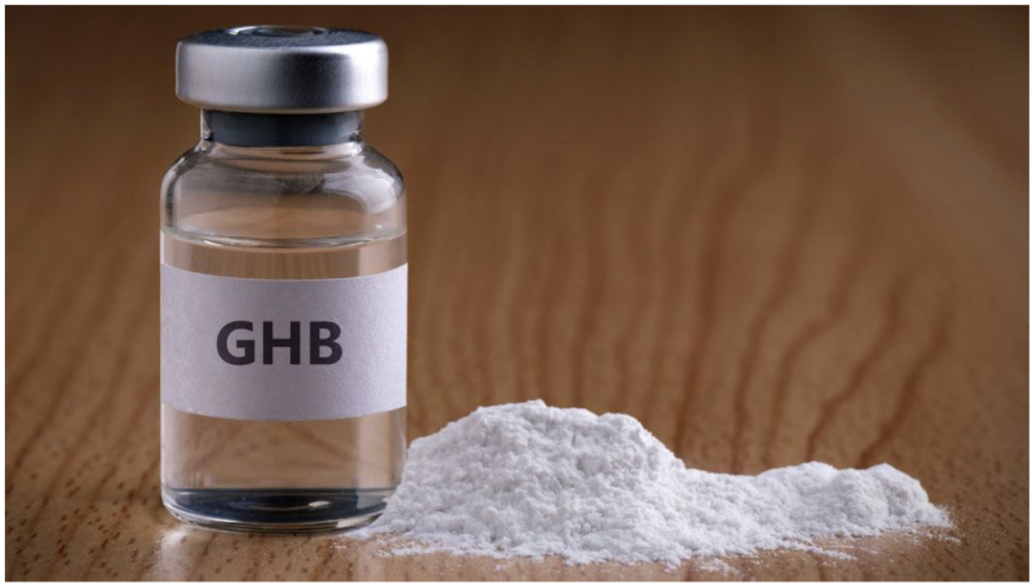 Gamma-hydroxybutyric acid, or GHB for short, is a central nervous system ((CNS) depressant. It can be found naturally in mammals, and acts on both GHB-specific receptors and GABA-B receptors to relax the CNS through inhibitions of various mechanisms. GHB might also affect other neurotransmitter systems, such as the opioids, dopamine, serotonin, glutamate, and acetylcholine systems. It often comes in the form of a highly soluble sodium salt that can be ingested orally, either as a liquid or powder. The substance is commonly added to alcoholic beverages, and once ingested, can greatly enhance the effects of alcohol consumption, rendering the victim unconscious. The effects of GHB-induced sleep can last up to 5 hours, during which the victim might not awaken, making them vulnerable to assault. In addition, GHB is rapidly metabolised in the body, making it difficult to detect traces of the drug in the victim’s system if the crime is reported too late.

How do you know if your drink is spiked?

Unfortunately, it can be quite difficult to detect if your drink is spiked. Most drugs used to spike alcoholic drinks are tasteless, colourless and odourless. Furthermore, a spiked drink could take 15-30 minutes before it shows any effect, but these effects could last for several hours. GHB interferes with GABAergic neurotransmission and this drug can be considered a GABA-B agonist. The neurons that release GABA are mostly localised in the hippocampus, cortex and amygdala. GHB receptors are located in these sites, in pre- and post-synaptic cells and show high affinity for these G-protein coupled receptors.

Some common symptoms of drink spiking are:
– Unusual drunkenness after drinking the same amount
– Blurred vision
– Dizziness, confusion
– Nausea and/or vomiting
– Difficulty breathing
– Muscle spasms or seizures
– Speech difficulties and slurring
– Hallucinations
– Tiredness
– Loss of consciousness
– An unusually long hangover
– A severe hangover when you did not drink alcohol
– Having gaps in your memory about what happened the previous night 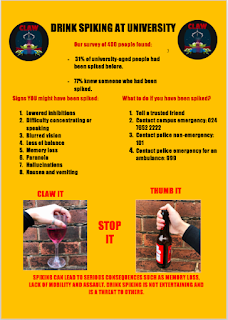 If rape has indeed been committed, the accused can be liable for rape under Section 375 of the Penal Code. Rape is made out when a man who penetrates the vagina of a woman (or the anus or mouth of another person) with his penis, without the latter’s consent. The punishment for rape is severe – if found guilty, an accused may be punished with an imprisonment for a term of up to 20 years, and shall also be liable to fine or to caning.

Pertinently, the usage of date rape drugs to facilitate the commision of rape may be seen as an aggrevating factor by the courts, and such will be work against the accused’s favour during the sentencing stage. In the case of Public Prosecutor v Azuar bin Ahamad [2014] SGHC 149, the accused had spiked the alcoholic drinks of all four of his victims before committing rape on them. The accused had drugged his victims with Dormicum, a prescription drug frequently used to induce sleep, which caused the victims to lose consciousness. The High Court considered two aggravating factors. One, the court found that the offence was premeditated given that the accused spiked the victims’ drinks. Second, the High Court found the victims to be in a vulnerable state as they were unconscious when he committed the assaults. Taking these two factors into consideration, the court ultimately sentenced the accused to 37.5 years of imprisonment, and the statutory-maximum 24 strokes of the cane.

That said, even if no actual rape or sexual offence has been committed, the accused may still be liable under the law, for his act of spiking the victim’s drink. Recall that in the introduction article, we mentioned a case involving an Indian national, who spiked his flatmate’s drink, with the intention of raping her afterwards. While no sexual assault had been committed on the victim (because she spat out the water), the accused was nonetheless sentenced to 2 years and 10 months imprisonment and three strokes of the cane. This is because Section 328 of the Penal Code provides that it is an offence to administer poison or any stupefying or intoxicating substance on another person, with the intention of causing hurt to such person, or with the intention to facilitate the commission of an offence which the accused knows is likely to cause hurt. The punishment for such an offence is that of an imprisonment term which may extend to 10 years, coupled with a fine or caning.

Finally, it is noteworthy to point out that many commonly used date rape drugs, including GHB and Rohypnol, are also listed as controlled drugs under the Misuse of Drugs Act (“MDA”). Under which, the mere possession of such drugs will cause one to be liable for an offence under the MDA, and the punishment for which involves an imprisonment term of up to 10 years, or a fine of $20,000, or both.

Date rape drugs are most certainly dangerous. Nonetheless, there are some suggested precautions that we can take to avoid falling victim to drink spiking. These include never accepting drinks from strangers, not leaving your drinks unattended, and throwing away the drink immediately if you find that it tastes odd.

Additionally, if you suspect that you are a victim of drink spiking or sexual assault, do also reach out to your trusted friends and family for help, and contact the police for assistance. If required, do not hesitate to seek medical attention at a medical facility. There are also resources that you might want to consider approaching for help, if for instance, you require someone to listen to your concerns – and this includes AWARE’s Sexual Assault Care Centre (SACC) (telephone: 6779 0282; email: [email protected]).

Always remember: rape (or drink spiking) is never the victim’s fault – it is the result of the perpetrator’s choices and if found guilty, he will be severely punished for his actions. Koon Ka Yiu Winnie is a Year 2 undergraduate from the Faculty of Science. She is pursuing a major in Chemistry and a minor in Forensic Science. She works in CJC-F’s Forensic Toxicology project. She is interested in the applications of chemistry in forensic science investigations. 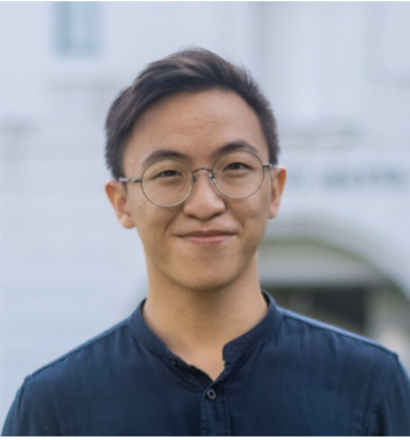 Lim Wei En, Wayne is a Year 1 undergraduate from the Faculty of Law. When not doing dreadful law-related work, Wayne spends his time playing frisbee, or binge watching entire seasons of K-drama on Netflix. Wong Wai Xin is a Year 2 undergraduate from the Faculty of Science, pursuing a major in Chemistry. She is interested in the applications of chemistry and hopes to be able to educate and encourage students to gain interests in similar areas in future. Science can get pretty taxing, and she prefers to take time off when possible by reading and scribbling, on occasion.